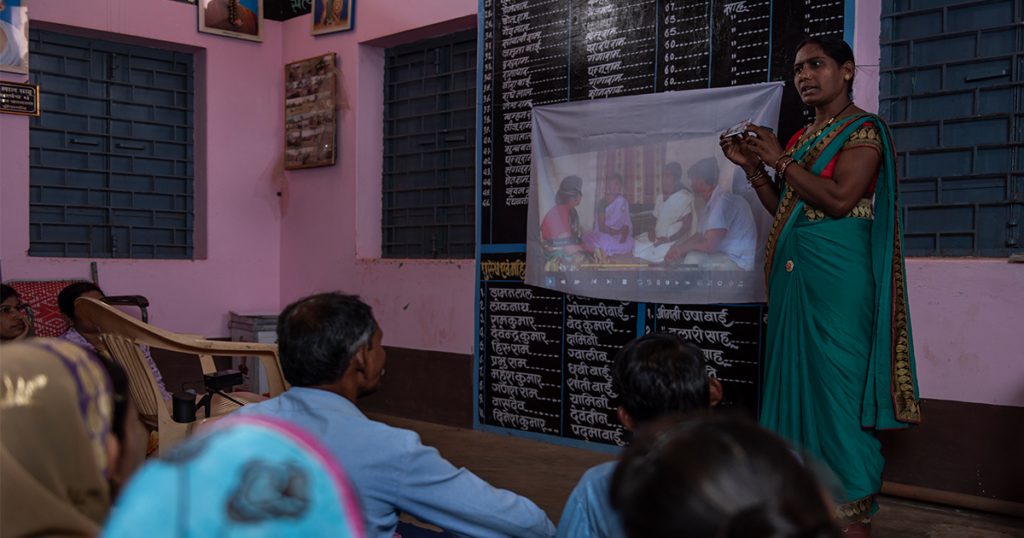 Malati Sahu, 25, married Sudhir Sahu, 29, resident of Dongargaon Block in Rajnandgaon District in Chhattisgarh, five years ago. “My husband wanted to continue his education, but due to poverty he had to quit schooling when he was in class 9 and started working as a daily wage labourer with his father,” shared Malati who herself was able to complete higher secondary education.

Malati lives with her husband and two children at her in-laws’ home. They do not possess any agricultural land although Sudhir and his father have been working as agricultural labourers. Sudhir’s keen interest in cooking led him into taking it up as a profession after marriage. He is now working as a chef in a restaurant at Rajnandgaon and earning more than INR 10,000 per month. Moreover, Sudhir’s father has leased agricultural land and is earning INR 2,000 to 3, 000 per month from the produce.

Malati’s daughter, Sita is now three-and-a-half-year-old and her son, Shyam is 18 months old. Both of them were born at the government hospital. Malati explained that after the birth of the two children, both she and her husband were happy and didn’t want any more children and were considering adopting some family planning method.

“Many misconceptions exist around male sterilization among the community. People believe that vasectomy makes males impotent leaves them unable to do any physical work and that it (vasectomy) is painful and that recovery period is long,” she added.

Due to the prevalence of such misconceptions about vasectomy, in India, most men prefer that their wives undergo sterilization rather than use any other contraceptive methods or undergoing a vasectomy themselves. Digital Green’s video-enabled extension approach is helping frontline workers fight such myths and misconceptions in Chhattisgarh, Bihar, Jharkhand, Uttarakhand and Assam through its Project Samvad, supported by USAID.

Malati’s husband was not happy with her suggestion and argued that male sterilization would be painful and would make him weak and unemployable. However, Malati convinced her husband and mother-in-law how male sterilization is safe and medically simpler than female sterilization drawing on the knowledge from the videos about family planning that she had seen.

Sudhir finally consulted with the ANM and the doctor and agreed to go for the ‘No-Scalpel Vasectomy’ (also called keyhole vasectomy or NSV) and after his operation on 27th July 2019, he went to work the same day, four hours after the surgery. Malati shares that her husband is happy and has had no complications since then and has been working with the same efficiency as he had been prior to NSV.

Now, Sudhir is himself a champion of the cause within his village and encouraging other men in his community to go for family planning, improve communication between husbands and wives as well to address the myths and misconceptions related to vasectomy and other contraceptive methods. He is happy that Malati made him aware of this simple, safe and highly effective permanent contraceptive method.

Names in this story have been changed to protect the identity of the individuals. The photographs used are also representative. 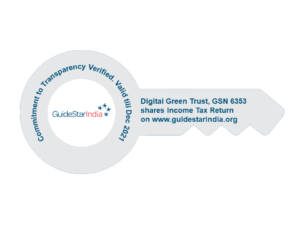